Meeting of the Minds 2020 - Critical Impact 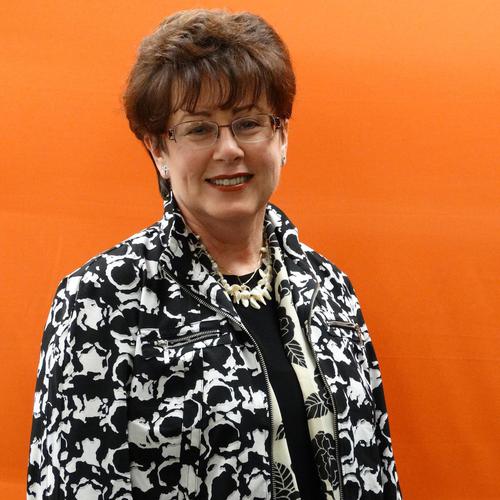 The Future of Work

Talks covered by this speaker

Have you got yours yet?

Our All-Access Passes are a must if you want to get the most out of this event.

Sharon A. Winston oversees the strategic direction of Project HIRED the San Jose based nonprofit organization whose mission is to assist people with disabilities to gain and to sustain employment.

Winston was Vice Chair of the Board for Project HIRED (she completed six years as Chair). Sharon has volunteered at Project HIRED for over 28 years starting as a career counselor, trainer, sponsor and ten years on the Board serving as Audit Chair, several times as an event Chair for PH’s major events, and recently as a Business Advisor.

She is also serving as Chair for the nonprofit Silicon Valley 2019 HR Symposium which provides an annual venue for HR professionals and business leaders to discuss issues and trends (funds raised are used for scholarship awards). She has served on the volunteer committee for over 16 years. Sharon was former Chair (for 2010 and 2011) and committee member for 12 years of the YWCA Committee for the Annual San Jose Luncheon which sees over 1500 attendees celebrate the mission of the YW which is to “empower women and eliminate racism”.

As Jackson Hole Group’s Chief Operating Officer and Chief Marketing Officer, Sharon was responsible for all operations and promotional activities that supported the growth of the company as well as its positioning in the marketplace.

Before joining the Jackson Hole Group Sharon was Lee Hecht Harrison’s Senior Vice President of Global Accounts. She directed the overall strategies in marketing, sales and delivery of quality career services for several account management teams and for the largest project (top technology/computer manufacturer) experienced in the career transitions industry. Prior to her appointment as SVP of Global Accounts, Sharon had been the Regional Senior Vice President for the Western States, and Managing Director of Northern California.

Sharon joined LHH after a distinguished career at Great Western Bank. She graduated from UCLA with a B.A. in History and then quickly became the youngest Branch Manager in Great Western Bank’s history. Sharon rose to Regional Sales Vice President, and managed 11 retail outlets in Northern California with more than 200 salespeople.

Sharon is a former President of Business and Professional Women, and a former President and Board Member for the American Society of Training and Development’s Silicon Valley chapter. She was designated the first Executive of the Year by the Peninsula Executives Association. Under her leadership at LHH San Jose, she received the General Manager of the Year award in 2001 and the Office of the Year award in 2002. Sharon was honored with the 2003 Adecco Chairman’s Global Award for her business and philanthropic contributions. She was designated a Women of Influence in 2008 by the Business Journal of San Jose/Silicon Valley and a Woman of Impact in 2019 by the San Jose Women’s League.

Your logo could go here!

If you'd like to get your brand in front of attendees following the categories this speaker is talking about (on this page, via email and during each talk) contact us.
We use cookies This website (and some of its third-party tools) use cookies. These are important as they allow us to deliver an exceptional experience whilst browsing the site. Learn more about our cookie policy. By closing this banner, scrolling, clicking a link or continuing to browse, you agree to the use of cookies. Accept
I need help
No I need help
No I need help